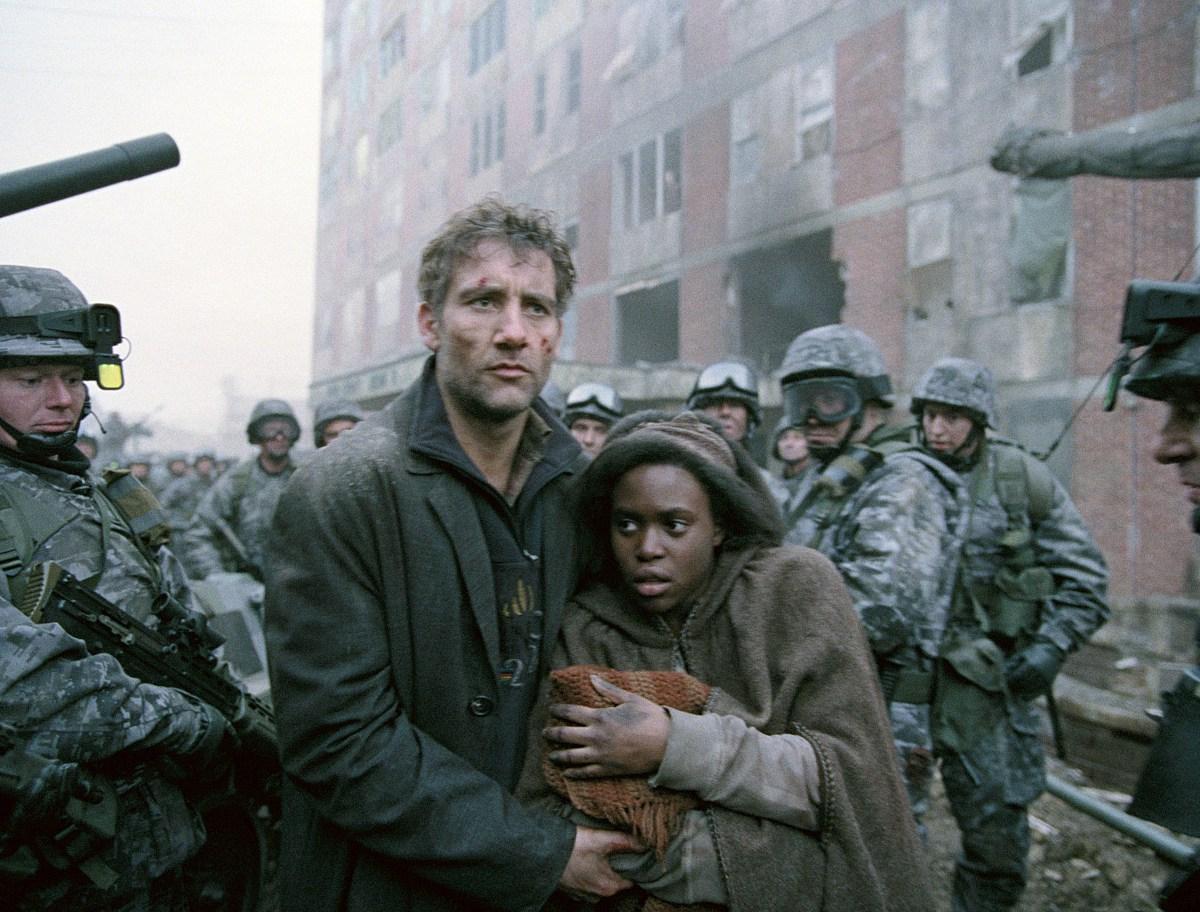 Home Culture + Culture Antidote for a sterile world (in relation to the movie "Children of...

Dystopian fiction is in fashion right now. You don’t have to be particularly learned in the subject area to realise that it is simply a projection of what frightens us most: the end of time – or at least, the end of normality as we know it- it is a fiction that has become more credible now than ten or twenty years ago. Ecocide, the collapse of civilisation and epidemics are all over the headlines and are helping us to believe that for our society, in its current form, time is running out.

In 2006, Alfonso Cuarón, the Oscar-winning director of Mexican cinema, made an untimely dystopian movie. Let’s just say it went too far. Although it is true that the fall of the twin towers, Islamic terrorism, and the start of the war in Iraq made people think of the collapse of civilisation, the dynamics of our model of progress and economic growth remained sufficiently unchanged so that we did not need to question any cultural assumptions of our Western society. Maybe this is why the film was not a box office success and went largely unnoticed. We were not ready to listen to what Cuarón wanted to tell us. Yet over time, it has become a cult film and now appears in several lists of the best movies of the first twenty years of the twenty-first century. We are talking about “Children of Men”.

The film presents us with the near future, 2027, set in the now fortified city of London, which is protecting itself against the chaos that has enveloped the world. In the movie, not a single child has been born on the planet for the last 18 years and as a result of this sterility, society has become paranoid, xenophobic, and nihilistic. Revolutionary groups rebel against government authorities, helping immigrants to get into the country and working for a utopian project which everyone is talking about, but no one knows whether it is real or not. A former revolutionary turned civil servant then receives a special assignment from his ex-wife that could save the whole of humanity.

The film moves at a tremendous pace. From a cinematographic point of view, movie critics say it is of an extremely high quality, with very well-made sequences. On this level, one could see it as simply an action movie. For that reason alone, it is worth watching. Or we can try to take a deeper look at what is happening in this film concerning the near-future, and this may require a second viewing. The context can be explained quite simply for what it is without further explanation, unless one desires to look beyond the action. This is where we see several levels which are not part of the main plot, but which are shown against the backdrop of this great dystopian scene: racial discrimination, violence and abuse, sects and neo-religious groups offering salvation, suicides, etc.

So, what is the cause of this infertility that has driven the world mad? This is the key question, and the film does little to solve the mystery. Only by reading between the lines can we try to find the answer. Slavoj Zizek, in an interesting analytical video tries to do just that: sterility is not the reason for the chaos that has engulfed the world, but rather the first consequence for a world that was already sick. The sterility is not just of a physical nature -but is also- and above all, an emotional form of sterility. In a consumerist, hedonistic world, which has turned its back on anything different, it is not then a question of life rejecting us, but rather we are the ones who first rejected life. Would it not be normal then, in a society like this, for no children to be born?

I will not go into more detail, because to do so would mean revealing details of the plot, as well as subtleties which are better discovered by the viewer. Watch the movie, even though it is 14 years old, because it speaks to our current generation, which lives in a world that is often seen to be sterile, and whose status quo is maintained by a few fragile threads, so that in an instant, it seems that everything could fall apart, just as we have seen with the recent COVID-19 pandemic. For when that fearful day comes, which the movie tells us will happen -if this current crisis has not already brought it about- only one thing will make us stop in our tracks again, make normal life impossible and cause everyone to look in the same direction. I won’t tell you what that is. In fact, you already know. But do watch the film because it points us to that moment with powerful clarity.

One of the things I like in the name Cristianisme i Justícia is that it contains an insight that seems to me very precious...
Cinema

About La Llorona by Jayro Bustamante

La Llorona (or The Weeping Woman) is one of those both terrible and fascinating characters which make us like horror films, the apparition of...
Society and citizenship