Clearly, this definition of chaos alludes to the beginning of the book of Genesis: “The earth was chaos and confusion (tohu waboho) and darkness over the abyss and a wind (in Hebrew, feminine, la ruah) from God fluttered over the waters.” (Genesis 1:2). END_OF_DOCUMENT_TOKEN_TO_BE_REPLACED 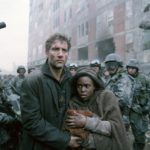 In 2006, Alfonso Cuarón, the Oscar-winning director of Mexican cinema, made an untimely dystopian movie. Let’s just say it went too far. Although it is true that the fall of the twin towers, Islamic terrorism, and the start of the war in Iraq made people think of the collapse of civilisation, the dynamics of our model of progress and economic growth remained sufficiently unchanged so that we did not need to question any cultural assumptions of our Western society. Maybe this is why the film was not a box office success and went largely unnoticed. We were not ready to listen to what Cuarón wanted to tell us. Yet over time, it has become a cult film and now appears in several lists of the best movies of the first twenty years of the twenty-first century. We are talking about “Children of Men”. END_OF_DOCUMENT_TOKEN_TO_BE_REPLACED

Víctor Hernández Ramírez. The psychological effects of Covid-19-related confinement have been pointed out by the latest mental health studies[i]: anxiety, depression, sleeping disorders, alcohol and/or other drug abuse, perceptual disorders and concentration difficulties, feeling of isolation and loneliness, low motivation and negativity. On top of all these effects caused by confinement-related stress, there has been an increase in domestic violence[ii] and the negative perception of ageing and loneliness[iii].

These effects will not vanish at the end of confinement; we will most probably see a wide variety of symptoms associated with post-traumatic stress: anxiety episodes or states of anguish in different degrees, different types of depression, psychosomatic symptoms, expressions of phobias that make the return to “normal” life more difficult and general difficulties in reconstructing a sense of meaning for the future. END_OF_DOCUMENT_TOKEN_TO_BE_REPLACED

It was a pleasure to see you some days ago taking over the streets of many cities of the planet to ask that those responsible for the Earth mistreat it much less and take care of it much more. I have no idea if your demands will meet with much success. But because today for its Eucharistic celebration the Catholic liturgy offers a reading from the Book of Jonas. I could not help but think of all of you. You will understand why. END_OF_DOCUMENT_TOKEN_TO_BE_REPLACED