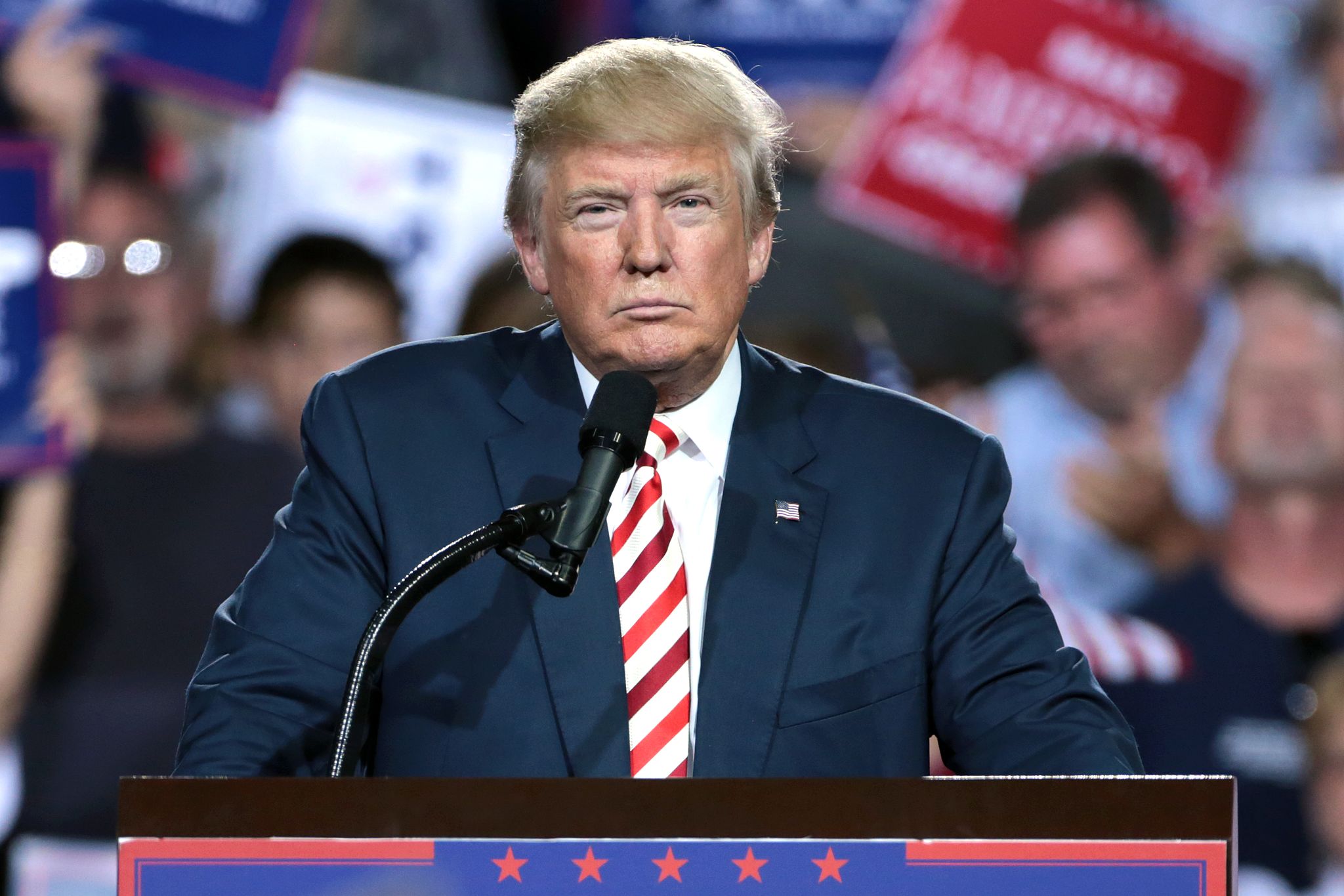 David Brooks. It is a not very well-known fact that in the first years after the Israelites arrived in the “promised land”, their government was in the hands of a few men who were called the “judges”. Moses had named the first one and the line continued from there. Nevertheless, there came a moment when the Israelites complained to God and they asked to be given a king like all of the other surrounding nations. God tried to warn them of the danger of handing over all the power to only one man. But yet the people persisted and Saul was chosen. He had been a chieftain who had had some success as a leader in the wars against their neighbors. The people still maintained a great faith in the presence of God who guided and cared for them, and so as a sign of his being chosen by God as king, Saul was anointed. The anointing made him untouchable. It signed him with the power of God Himself and it raised him above the rest of the people. Whatever he ordered was completed as if it were a command directly from God.

Throughout the history of Israel, and later the history of Christendom, we see the same phenomenon. Each nation had to have its own king, someone who was in charge, together with a hierarchy of nobles and functionaries in order to maintain a bureaucracy. But it was always understood that power emanated from the king and that that power had been authorized by God. The king was chosen by God to exercise temporal power and the sign of being chosen was the anointing by the spiritual power. The practice of anointing in western Christendom began when the Visigoth kings of Spain converted to orthodox Christianity. It was seen as a way of protecting them and of forming a union of the temporal power with the spiritual. The usage spread rapidly through the rest of Europe. It got to the point that in the Middle Ages there was a debate whether the consecration of a king constituted an eighth sacrament. Of course, there were always many struggles and battles among rivals to decide who would wear the crown, but the majority of these were disputes among members of the same families. God had chosen Charlemagne, for example, the Pope had anointed him and therefore the power resided in him and his descendants. That was the order established by God.

Coming to the 19th and 20th centuries, kings began to disappear, one by one. The cataclysms of the French Revolution and the First World War abolished many of the old monarchies and established the notion that temporal power resided in the people. Therefore the people could choose the person who would exercise command. Thus was founded what is called “liberal democracy”. In spite of their secular roots, the democracies developed celebrations and rituals in order to confer power and “to anoint” the one who was going to be their leader. They even introduced religious services and prayers to ask for God’s blessing. Of course, it was supposed that the one in power would only be in that position for a limited time and that there would be other institutions – parliaments, courts, both established by a Constitution – that would also limit the exercise of power. In no way were they prepared to compete with the power of being “anointed.”

The history of the last two centuries is filled with examples of individuals who, once elected and anointed, have converted their limited power into absolutism, who have refused to cede the leadership role to another, who have recast the parliaments and courts in their own image and done it all with the overwhelming support of the people. Just like the Israelites, there have been many cases of people calling out to God to give them a king. One only has to look at Italy in the time of Mussolini or Germany at the rise of Hitler. They accepted the election of the people and later looked for the “anointing” by the religious authorities, which was received by both of them. Their followers saw their selection as an act of God, saving them from the chaos that preceded them, reminding them of the past glory when God had blessed their armies with victory. They counted on the favor of the Almighty, why not take advantage of it? Of course, the Old Testament is full cases when the king used force and violence in the name of God to obtain his own goals. Why not those wielding power today?

Another thing that these new kings used to grab and then maintain themselves in power was what is called the “cult of personality”. They organized groups of followers who were tied only to the person of the leader. The most important value was loyalty to the chieftain. Like a religious sect, they believed and accepted everything that the leader said as being true, declaring their faithfulness to the point of proclaiming their willingness to die for him. At the same time, they did not stand for any opposition. They destroyed, sometimes by the force of arms or by violence, those who were not in agreement with them. They raped, burned and kidnapped until they subjugated those opposed. They learned how to intimidate the mass of people by their demonstrations and propaganda. All at the service of the “Chosen One”.

There is no need to look at history to find examples when we have some in the present day. Beside China, which does not even pretend to be a democracy, we can look at Russia and the United States. Vladimir Putin came to the presidency by normal means. It will never be known if he was elected for the first time in a fair and just way. At any rate, he became very popular among the oligarchy and later with all of the people in general. He promised a return to the greatness of Imperial Russia. Reconciling himself with the Orthodox Church in order to obtain its blessing, he even brought the bodies of the last tsar and his family to bury them in Moscow. He invaded Ukraine to take back Russian territory. He later changed the constitution to give himself the opportunity to continue in the post of president for more time that is going to be prolonged until he wants to give it up. He has killed or imprisoned his enemies and anyone who opposes him. In order to complete his dictatorship, he has filled the parliament and the courts with his followers and he has subjected the army and the police to his own will. Putin is the “Chosen One” by the people and by God. His followers are wrapped up in the cult that he has fostered of machismo and invincibility. Those that doubt the authority of Putin are sent to jail, psychiatric hospitals, exile or put to death by poison.

In the United States we have the case of Donald Trump. In the complicated voting system used in the United States, in 2016 Trump lost by more than 3 million in the popular vote, but he won the vote of the electoral college. Thus, he began his administration representing only a minority of the people. Nevertheless, a group of evangelical Christians proclaimed him as the “Chosen One” of God who was going to save the country from the corruption of atheistic liberals, rescue their lost freedoms, especially their religious freedom, and lead the nation into a new era of prosperity. His help for the state of Israel was going to speed up the end of the world. Trump ended up believing what they were preaching. He had little education in history, in law and in the Constitution of the United States. He began governing as if he had more power than what was given to him by law. His followers in Congress supported him and started to fill the courts with people who favored him. He did not tolerate criticism. He openly made fun of his enemies. He used the army to put down purely civil disturbances. He has destroyed alliances with other countries and he has fomented racism. The only thing that matters to him is his own ego and keeping himself in power. The pandemic of 2020 has demonstrated that he neither knows how nor wants to govern. He is looking out for only what is good for himself and for the adulation of the crowds. The members of his cult have threatened all those opposed with violence. In spite of the fact that he has lost the 2020 election, he says that it has been fraudulent, that he is not going to leave the White House and that his followers are going to continue to demonstrate and protest for him to be returned to power.

King David was somewhat different in his attitudes. Yes, he was chosen by God for his office and anointed by the prophet when he was still young. He took over the kingdom by defeating Saul and he extended it in all directions. He founded the city of Jerusalem as his capital. Besides, he maintained a great devotion to God, recognizing that all of his power came from Him and building a magnificent temple as a permanent residence for the Ark. Yet he acted in arbitrary ways and committed great sins, but he always knew when to humble himself and ask for forgiveness. The problem with being the “Chosen One” is lack of humility. The one who is chosen believes himself to be greater than the One who chose him. He stops recognizing the source of his power, whether it be the people or God. With humility comes mercy and gratitude. The one who makes himself into a dictator loses sight of mercy for others. Believing that he owes his position only to his own skill and intelligence, he does not know how to be thankful from the heart to others or to God. He is not capable of admitting that he has done anything bad, that he has erred, either in his public life or in his private one.

I do not want to expound a history of civilization. I simply believe that the world would be much better if we forgot about choosing individuals who believe themselves “Chosen” by God. It is possible to know that God is present at all times and in every aspect of life without giving to God the responsibility for political life. Our leaders ought to recognize their faults and not try to blame others. Responsibility for our actions leads to humility and gratitude. We don’t need any more autocrats but rather servants of the people. The synods of bishops celebrated up until now have always closed with the approval of a document that was either ratified by the Pope...
Church

The Nature of Abuse against Women

Many times I feel uncomfortable about having to write about certain subjects on certain days of the year. It is an uncomfortableness that arises...
Church