Some people turn to history to remind us that humanity has gone through and overcome other times of plagues and pandemics like those of the Middle Ages and the one of 1918 after the First World War. Others are surprised at the attitude of the countries of Europe, unified in combatting the virus when until now they have differed about climate change, immigrants and acquisition of armaments. This is surely because this pandemic breaks through borders and affects the interests of those in power. It is now the turn of the people of Europe to suffer something of what has afflicted the refuges and immigrants who are not able to cross those same borders. END_OF_DOCUMENT_TOKEN_TO_BE_REPLACED

Rosa Ros, rjm y Montse Prats, rscj. (Community of Oujda. Article originally published in RCSJ España) We arrived in Oujda, a city located inside Morocco on the border with Algeria. The ten-hour trip in a van was truly an odyssey, given that there was no way to make ourselves understood by the driver who spoke only dariya (the form of Arabic used in Morocco). END_OF_DOCUMENT_TOKEN_TO_BE_REPLACED 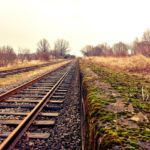 Francesc Mateu. On the track at the train station in Vic the weather was the usual winter cold. We climbed aboard the train and closed the doors behind us because it felt good inside. Since the train was starting from there, it was nearly empty. We sat scattered throughout the car waiting for the time of departure. We used the empty seats as places to leave our coats, bags and suitcases. It seemed like the trip would be really peaceful and agreeable. END_OF_DOCUMENT_TOKEN_TO_BE_REPLACED