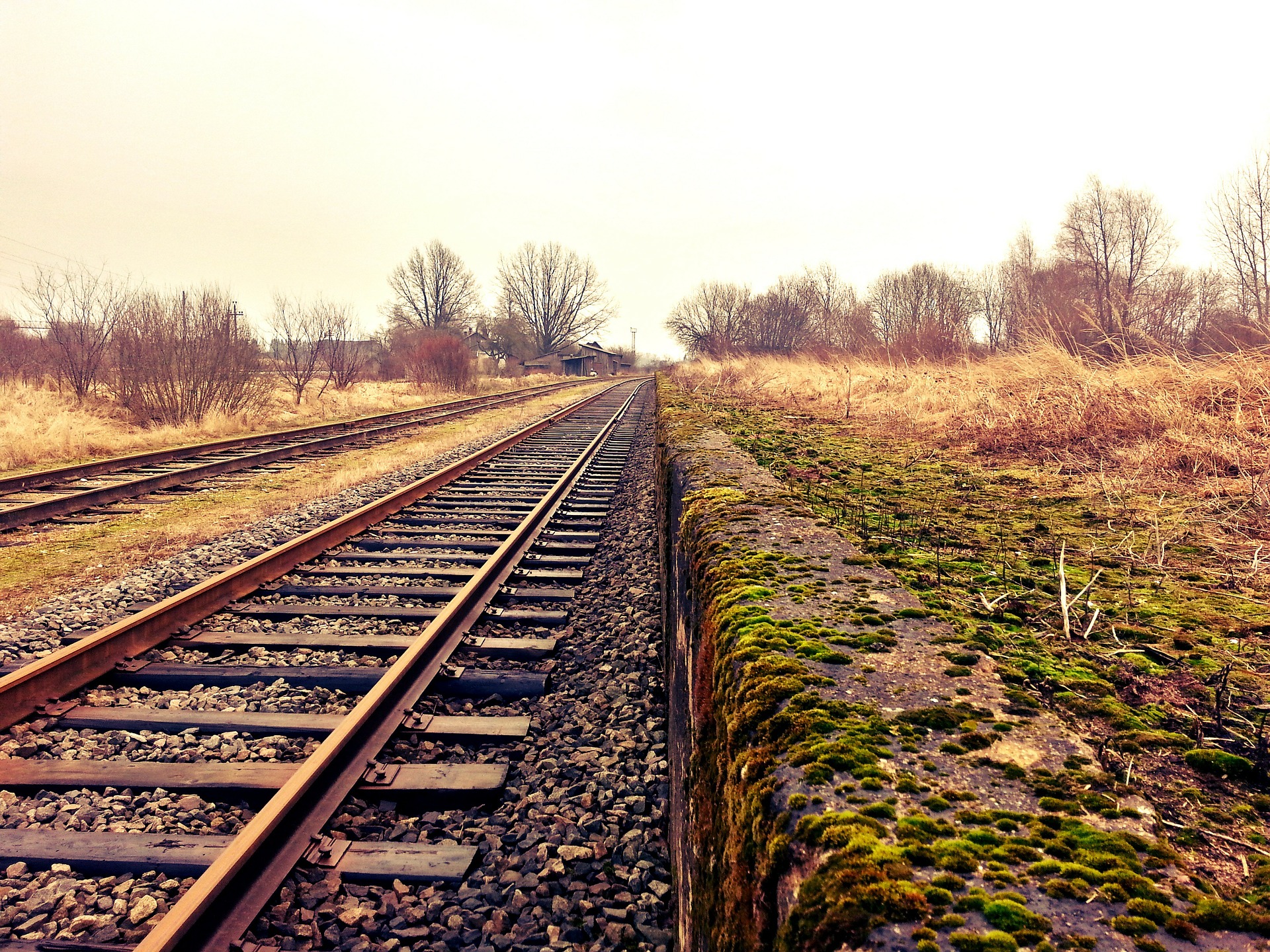 Home Geografía Europe This Train is Ours!

Francesc Mateu. On the track at the train station in Vic the weather was the usual winter cold. We climbed aboard the train and closed the doors behind us because it felt good inside. Since the train was starting from there, it was nearly empty. We sat scattered throughout the car waiting for the time of departure. We used the empty seats as places to leave our coats, bags and suitcases. It seemed like the trip would be really peaceful and agreeable.

At the first station stop, Balenya, a good number of people came on board. They distributed themselves around the car since there were still a lot of empty seats. Nevertheless, the kids with the suitcases had to take them off the seats and put them into the overhead racks. We helped them to do that. I had to pick up the papers that I had on the seat beside me. One girl, pretending not to notice the newcomers, kept her feet on the seat in front of her.

In Centelles, two stops after that, many more people got on board. It was the day of the truffle festival and it was time to head back to Barcelona. The arrival of new passengers brought with it gestures of disapproval from those of us who were already on the train. The trip, which seemed as if it were going to be so comfortable, suddenly was getting complicated. But it should be noted that it was an exaggerated gesture. There were more than enough seats and everyone knows that a ticket only gives you a right to occupy one seat. Although we did not know each other, those of us who had boarded in Vic exchanged knowing looks because that was “our” train. Those who had arrived at the stations after that were destroying our image of the trip and the luxurious conditions that we thought we were going to enjoy.

Two stops later the car was completely filled because a group of scouts had boarded with all of the noise and happiness that they usually bring with them. The girl with her feet on the seat had to remove them – not without mumbling and an unintelligible curse word. Now there were not seats for everyone and some passengers were standing. A man who had been sitting near me from the beginning looked at me and said, “We were too comfortable! Why did all of these people have to get on now? It was so nice to have the train all to ourselves! There should be express trains directly from Vic making no other stops!”

At the following station stops, although some people got off, quite a few more continued to board and we arrived in Barcelona with the car filled completely with people who were standing. This included some of us who were left without a seat when we gave it up to an older person.

The kids with the suitcases, the girl with her feet on the seat, the peaceful pair of grandparents, the boy who wanted to sleep stretched out on two seats, I who wanted to read peacefully and the rest of us passengers who had boarded in Vic were all grumpy and some were really angry. When someone sat beside us, as a sign of protest either we put on an unhappy face or we refused to say a word to them, not even a greeting. The girl with her feet on the seat even turned her music up to full volume just to bother those who had come on board afterwards and had stopped her from keeping her feet on the seat for the rest of the trip. To finish it all off, the scouts, who had by that time sat on the floor, took out guitars and were singing the whole way, breaking the “sacred” code of silence on the train.

And so, we arrived at Barcelona, surprisingly punctual and without further incident. When all was said and done, it was for that reason, and only that reason, that we had taken the train. All of us who had boarded in Vic, although we did not know each other, had woven the kind of complicity and closeness that gave us the sensation of sharing a common right. It was a right that we didn’t have, that no one had promised us and which we had taken on to ourselves. A ticket only gives you a right to take the train to Barcelona. It doesn’t even guarantee you a seat. It was curious to observe that even those who boarded later, once they had found seats, also had the same feelings as we had with respect to those who boarded the train after them.

When newcomers arrive in the land where we live, we tend to treat them like those who boarded the train later. It is then that we hear the cry of “those who live here first”, taking on to ourselves a right to a territory that no one has ever given to us. Some people understand that and are welcoming, but many others become like the travelers on our train. They become ill-humored, and they blame the new arrivals for things for which they are not responsible, and they look for excuses like the noise, the fact that they “take away” our seats or that they don’t allow us to make the trip in peace.

Every time I hear someone say “those who live here first” I can’t help but think “first those of us who got on in Vic.” It is almost automatic. Seconds later, all of the prejudices that we have come crashing down.

If we want to be persons, we are not left with any option other than to welcome with open arms and to cease to call upon rights that do not exist. The only right is that which every person has, that of having a life with dignity.

Let’s not forget “We want to welcome you,” nor “Welcome refugees.” Let’s all share the train!

[This text was inspired by an example given by Hans Magnus Enzenberger which he discussed in the presentation of the Yearbook of Values, 2015, of the Carulla Foundation in Esade.] Picture by Aleksejs Ivanovs from Pixabay

The Taliban have regained the power they lost after the US invasion supported by NATO in 2001. In just a few days one city...
Human rights

Luna and Abdou: The scandal of a Samaritan embrace

Where many of us saw a Samaritan embrace that indicated the unavoidable reality of human brotherhood, others saw the apocalyptic threat of an action...
Human rights

Stan Swamy, S.J., a Martyr of Our Time