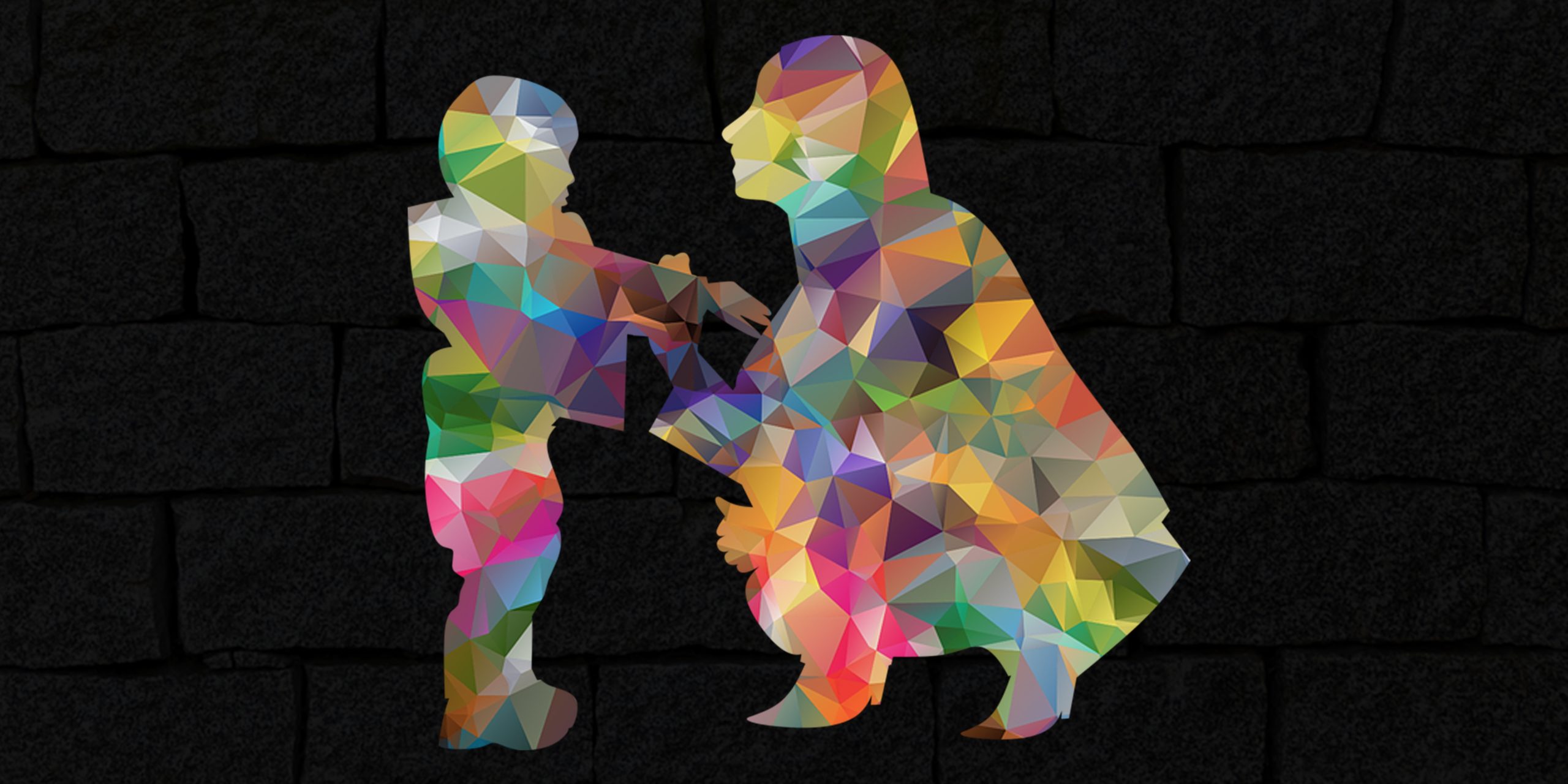 We recently celebrated Mother’s Day, a day full of optimistic and often romanticised views of motherhood. Of course, we all like to be acknowledged on this day – after all, who doesn’t get emotional with a little handprint or footprint preserved in clay, or a card decorated with hearts by your children that praises the help you give them as they grow up and mature?

One of the most important parts of a woman’s life is their family. Whether this be through motherhood or looking after older members of the family, caring for siblings or other family members, the fact is that women dedicate a large part of their life to caring for others. Motherhood occupies a large place in the domestic experience of care, and not just for women but for men too, since we have all been sons or daughters at some point in our lives, and because many of us will at some point take on the role of mothers, in the broader understanding of the term relating to caring for others, rather than just the biological meaning of the term. The ideal of motherhood, of the woman who cares for, feeds and protects her children, seen through the perspective of the Gospels, raises many questions. It is a starting point for the experience of gratuity, and this is why devotion to Mary shares this meaning, as well as being profoundly Christocentric as it brings us to follow Jesus. Mary is not just the silent mother, but rather represents youthful courage accepting the situation of a complicated pregnancy from the point of view of living the liberating experience of God. In this sense, for Jesus and for His Church, motherhood is an act of liberation from others, as well as being an act of empowerment and growth in which we are accompanied not at the cost of our own lives, but rather in shared solidarity. However, motherhood is also the cornerstone of unequal societies, and Jesus himself warns that motherhood and fatherhood, when understood as a discriminatory social obligation, do not represent following the true path of God’s plan of Salvation (Mk 3: 31-35). The issue of brotherhood is more important than family relationships, and the gratuity and surrender to others in a context of liberty and reciprocity is more important than the familial relationships existing between children and their fathers, and between mothers and their husbands and children.

Motherhood radically changes women’s lives and affects their vision of reality. Defined from birth as child-bearers (since such terminology is becoming more widespread), women have been stereotyped according to their sex and gender: family, procreation, care, children, home, elderly, illness, etc. While a man can more easily disentangle himself from a child, born or unborn, as women we can never just walk away, whether the baby is born or not, since from the very beginning the baby is anchored within our body. This biological fact has justified the assuming of a long list of care-related social roles for women. For women, this contribution has often been imposed and has come in the form of an obligation. This has in turn justified the fact that men can walk away from the role of selfless gratuity, thus establishing a perfect separation of different values and norms of familial and social relationships for both sexes.

After the increasing demography of the twentieth century, which saw large families of four, six, eight or more children (the famous baby boom of the sixties and seventies), we are now not only witnessing a concerning and startling decrease in the birth rate in Spain, but in all wealthy countries. Is there an economic cause? Yes, there is. Couples are not having children because of the financial cost which they cannot maintain, and because the model of the nuclear family gets in the way of the familial solidarity of the past, which would have seen childminding help from cousins, neighbours and other friends in the neighbourhood. However, there is an even more profound economic cause, which is that the economic system, which is sustained by the totally free work of domestic care provided by women, has now been weakened because many women have «liberated» themselves from the «slavery of motherhood». In the life stories of many women, we often hear how they were encouraged to seek financial independence as a path towards liberation in the face of institutional and domestic violence. Faced with a lack of pay, silence and a lack of acknowledgement, many women today prefer a life of freedom. This newfound freedom renounces motherhood understood as an obligation, but also renounces the beauty of encountering other human beings.

This is where the contradiction lies. On the one hand, the system, which needs carers, does not remain silent, and instead demonises women who do not want to have children while glorifying motherhood, which is presented as the best and only experience which can fulfil a woman. For the capitalist economic system, motherhood is also of social benefit, a space of selfless devotion towards others and denial towards oneself. On the other hand, a lot of bad press exists around motherhood, partly because of the gratuitous nature of giving involved in care, which is not exactly in fashion in our postmodern times. This is because self-care and self-centredness occupies a large part of our time, thoughts and emotions. Being a mother takes up time. Being a father, if one really becomes involved in the lives of one’s children, also takes up time. This is partly because a generation of men and women saw how their mothers suffered systematic oppression, which prevented them from being themselves, expressing themselves and developing themselves as individuals. Similarly, others had absent fathers, who only appeared on the family scene to give orders. This generation does not want to see a repeat of these scenes again. No one asked these devoted mothers if they wanted to be mothers at all, thus a forced gift of self represents a form of slavery.

Since we are on the topic of motherhood, we should try to fight against the distorted and alienating ideas we hold of motherhood, one which demonises motherhood while the other glorifies it. Both stances eclipse the most beautiful part of motherhood, which is the relationship we have with another, a journey of encounter which is built day by day through interactions with sons and daughters, who even though we carried them in our wombs, remain an unknown mystery to us, with whom we interact to get to know the truth. This experience of otherness is very far from the strange and certainly magical maternal instinct which the patriarchal system defends as being an ontological part of being a woman.

Motherhood seen from the brotherly equality of the Gospel does not involve having to choose between oneself and one’s children. Gratuity does not mean denial, it is instead a conscious sharing, in which the whole family plays a role, including the mother, with her needs and her individual struggles. Making women choose between individualistic hedonism or absolute servility goes against the maxim of the brotherhood of Jesus Christ. Living alone should not be presented as the best outcome in the world, nor should having children be presented as a catastrophe for one’s personal sense of fulfilment. In total isolation, there is no sharing of sorrows and joys with others which would take the focus of ourselves, while in the case of «enslaving» motherhood, there is a total lack of shared responsibilities and no encouraging of an individual’s autonomy. In both situations, there is a risk of having unhealthy relationships with our loved ones, which makes family life and the care of others more difficult. The issue is not about having biological offspring, but rather the ability to have healthy familial relationships, whatever one’s own choice on motherhood may be. Motherhood is an example of how the experience of gratuity is a complex one involving responsibility and dialogue. It is never a clear-cut issue and is full of contradictions. Having children is, like anything in life, a mix of joy and frustration, of responsibility and resourcefulness. Given the great diversity of families and living situations women find themselves in today, faith asks us to respect and accompany the intermediate solutions and responses that women have given to motherhood, so that they may be seen from the perspective of liberty and gratuity, and not from the perspective of expectations and prejudices. Motherhood is not simple; it needs to be a plan shared with others. It is better lived as part of a group. The Christian community can, through the practice of the brotherhood of the Kingdom of God, uphold examples of motherhood (and fatherhood) for those who want to live out this gift in liberty and in this way, provide a healthy example for a society of extremes which attempts to enslave us.

[Image by chiplanay from Pixabay]

The synods of bishops celebrated up until now have always closed with the approval of a document that was either ratified by the Pope...
Ethics

A few weeks ago, it occurred to a few fellow Jesuits here in Naples that we could think up a small cycle of conferences...
Gender, feminisms and sexual diversity

On January 23, 2022, El Periódico featured on its front page 25 women who launched the MeToo University, which has already reached global dimensions....