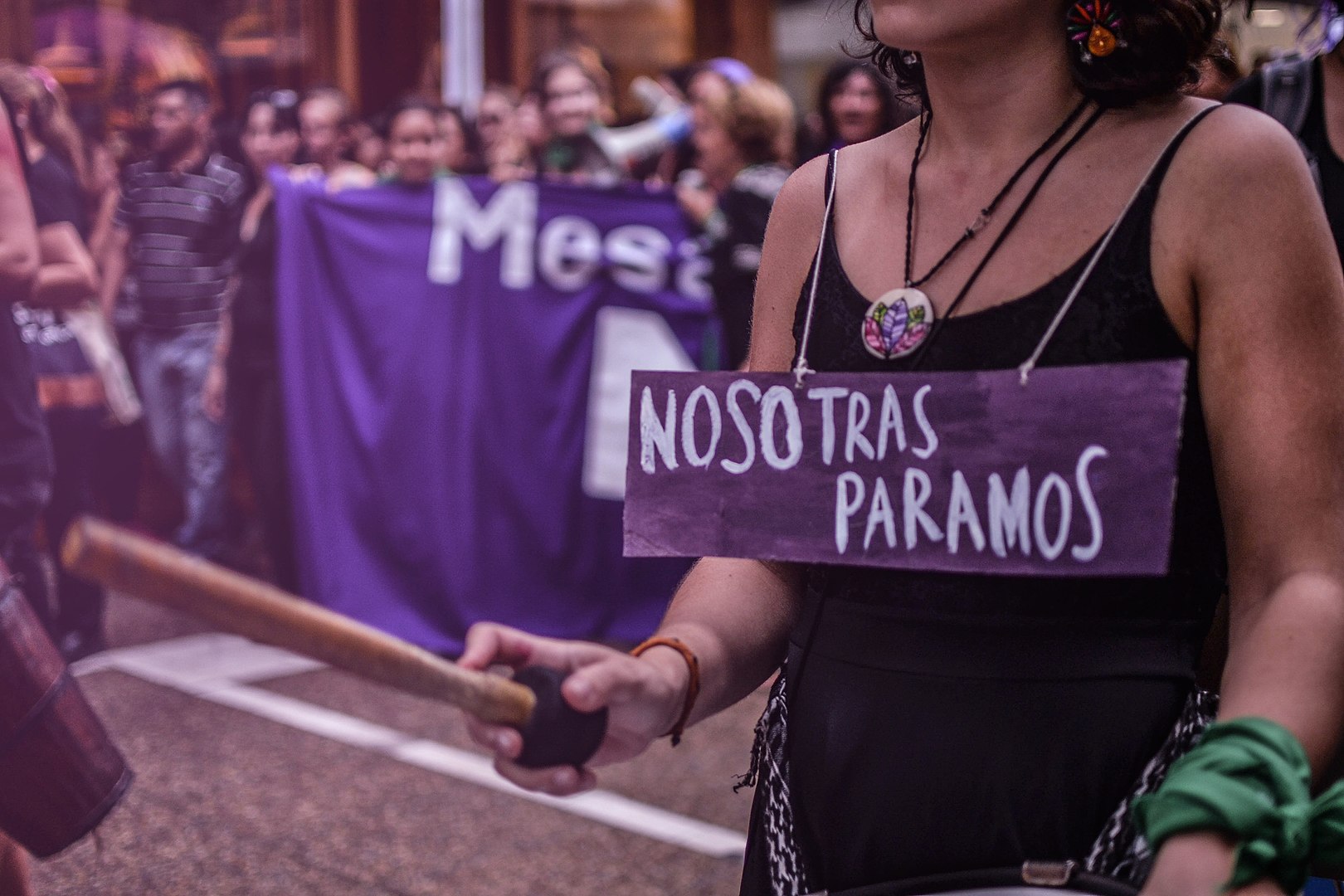 Feminism forces society to question its relationships of power and domination as well as its way of living by going beyond just those questions which concern gender.

In Argentina, the year 2020, the year of the pandemic, ended with feminism in the streets, with a capacity for sustaining its claims, to fight once and again the same battles. It revealed its political potential and it confronted society with the question about the world in which we live, the world in which we want to live and what it is that we wish to build for future generations.

Feminism breaks everything that is considered the private sphere, like the dividing lines between what is private and what is public, between the political and the personal, between nature and culture, between sexuality and power, and it involves an inquiry about life itself. Sometimes it becomes an intense state of being that begins to see power and inequality within the sphere of personal history: home, close ties, work, etc.

The questions are always the same but the ways of being feminist change. There are superimposed feminisms of equality, of difference, post-feminisms. We are dealing with a mosaic of consensus but also of tensions and internal struggles. In Argentina many years ago it achieved the crossing of the lines of militancy and political class, of the media and the networks, the street.

What changed? One sign was that on June 3, 2015, the movement “Ni Una Menos (Not One Less)” brought consciousness of sexual violence and it was formed into a problem of which the public became aware. Then there were new mottos like “Vivas Nos Queremos (We Want to Be Alive)” and “Vivas, Libres y Desendeudadas (Alive, Free and Out of Debt)”. They came to the same two basic areas of agreement: the struggle against violence and the struggle for autonomy. Paralleling this, there was formed the capacity for mobilization in order to accompany these demands. There even arose a Ministry of Women, Sexes and Dissidents and the creation of a Labor Front that headed the International Women’s Strike. The movement then achieved global recognition.

All of this process was tied into a strong intellectual, artistic and literary production and a strong intergenerational exchange. “We are the granddaughters of the witches that you did not succeed in killing.” That supposed an interesting mutual recognition. While the “fore-mothers” dealt with strategies, arguments and persistence, the young women imprinted their thematic and expressive seal which included dealing with other demands (sexual and street assaults, “micro-machismo” and inclusive language). They added in technological support and mediation.

Faced with the killing of women, the different groups of feminists with their political and ideological affiliations confronted the dilemma of whether to look for solutions within the structure of the State or if it was necessary to continue progressing outside of them through the organization and building up of community networks. The policies employed of prevention and eradication, the integrated plans, the efforts made were not turning out to be effective when faced with the killing of women and transgender persons. There did not seem to be a lowering in the number of cases of violence, but the participation by feminist organizations in the effort is an historical achievement.

Feminism is contra-hegemonic. It supposes a path to personal emancipation. It is countercultural with respect to what is expected of men, women and of their links, as well as the separation of persons based on two binary identities. This is a discussion which places at its center preference, individual liberty and the culture of difference. All in all, it questions the foundation of our societies, it threatens the established powers and uncovers historical inequalities. It arrives at the conclusion that not everything that happens to women under a patriarchal system relies on the category of gender in order to understand the experience of persons and their social positions. That experience always interacts with other elements such as social, ethnic, economic and educational inequalities. Everything that happens to us as a society and as persons cannot be explained based on gender.

Feminism leads to lists of questions about all of its links and that is not the exclusive property of only one gender. One has to confront with openness the infinite ways of being masculine that go beyond its violent and cruel expressions.

The achievements of feminism are immense but it still remains for it to create alternatives in order to reach out to all women in general so that they all can enjoy the achievements that have been obtained.