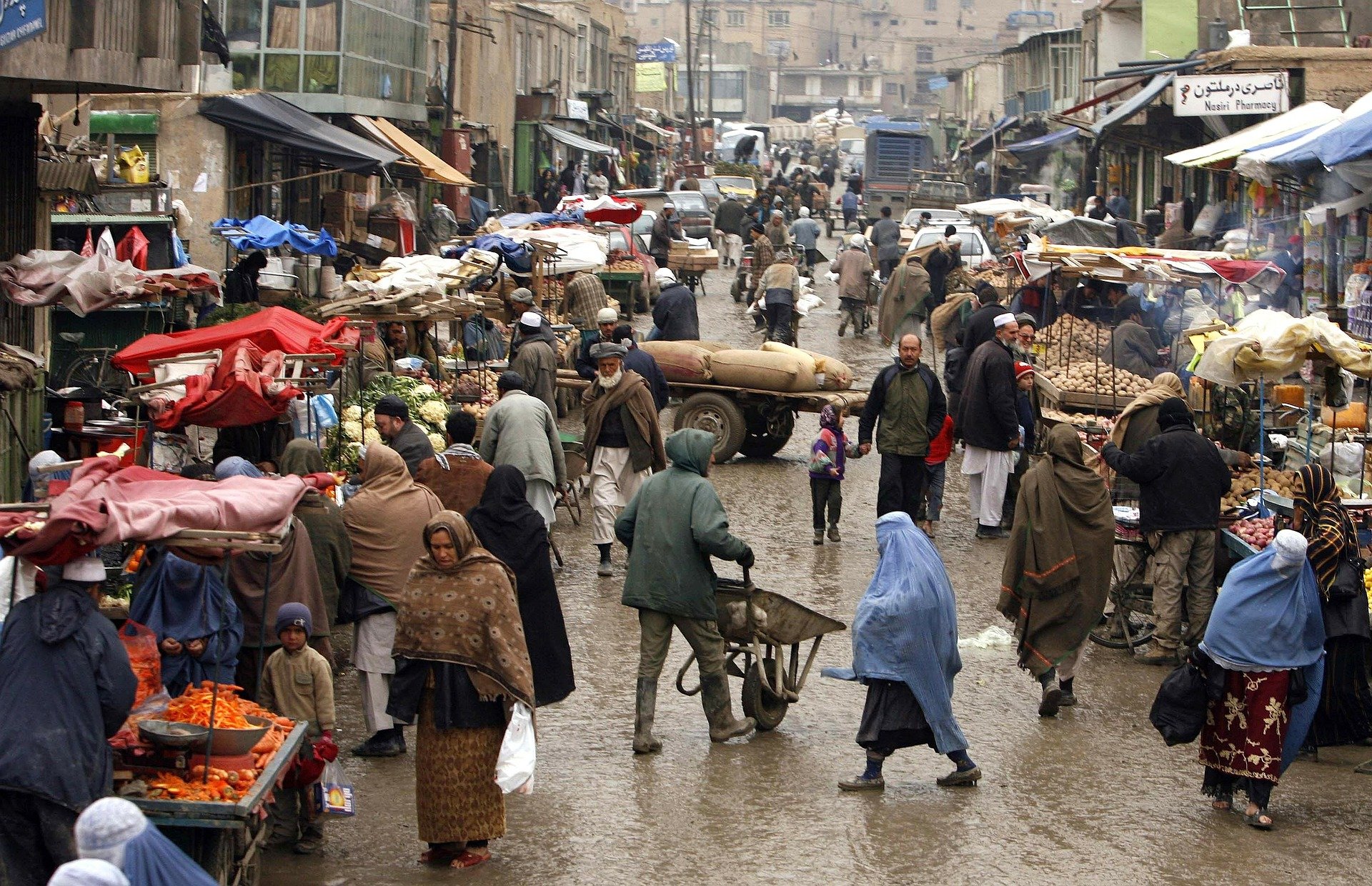 The Taliban have regained the power they lost after the US invasion supported by NATO in 2001. In just a few days one city after another has been handing over power without resisting. The lack of defense of the 300,000 Afghan soldiers is a clear example of the failure of the western mission and the state of demoralization of the country, seeing itself defeated beforehand.. By now announcing the United States the total abandonment of the country, which Trump had negotiated with the Taliban, the Afghan state has thrown in the towel.

What the West should learn is similar to what we have seen in Libya and Iraq: it is easy to invade a country if you have military force, but it may be impossible to rebuild. It doesn’t matter if you lie to overthrow Saddam Hussein, take advantage of the Arab Spring to suppress the flamboyant and hated Gaddafi, want to hunt down terrorists in Afghanistan or try to protect their women. The times of the peoples are not the times of the great powers or of our best wishes. I propose four keys to help us understand the situation:

The country has suffered a serious problem of governance and legitimacy, accused of absolute incompetence and endemic corruption: how could anyone want to give their life for a system that does not work? The tribal functioning of some ethnic groups, the anti-democratic Islamic fundamentalism of the Taliban, the lack of training of many Afghans and the persistence even of nomadic ways of life make it almost impossible (and desirable?) To build Western-type state structures.

The country is a real puzzle. Although there are no more ethnic conflicts in the country than in neighboring Pakistan, it does contribute powerfully to hinder the country’s cohesion. The majority of the population belongs to the Pashtuns (40%), present especially in the south and east of the country, but they have rarely been united politically. They are divided into various confederations and tribes often at odds. The Taliban belong mainly to the Ghilani and the first president after the American invasion to the Durrani. In any case, the will to dominate the Pashtuns the entire country is based on the fact that they consider themselves the true indigenous Afghans.

Tajiks, of Persian origin, make up 30% of the country, and live especially in the northeast and west of the country. They were essential in the fight against the Taliban. The Hazaras of the center of the country, 15%, retain some Mongolian traits of their mestizo origin, and have a hierarchical social structure with feudal traits.

In addition, there are a certain number of Turkish ethnic groups (12%) (Uzbeks, Turkmen, Kyrgyz, Kazakhs and Aimaqs), a region, Nuristan, which was not Islamized until the 19th century, and some nomadic or semi-nomadic minorities, such as the beluchis, the brahuis, and the koochis.

Almost the entire country is Muslim, although with different interpretations. Shiism, which is a very minority, is found among the Hazaras. Their Islamic denomination other than Sunni, has often pitted them against Pashtuns and Tajiks.

Although the majority Sunni Islamic school of interpretation in the country is the most tolerant, the Hanafi, the Pashtun ethnic group has suffered an intense influence from Saudi Wahhabism, creating the Taliban movement (emerged from Koranic schools) and allowing the birth of al-Qaeda.

The appearance of the Islamic State also in the region and its confrontation with al-Qaeda has perhaps “moderated” it. The Pashtuns are governed by a very strict moral code of their own, the Pashtunwaliwhich, although it is not incompatible with Islamic Law, is not exactly identified. The purifying neuroticism of the Islamic State denouncing the mixture of traditional Pashtun customs and the pactist tactic of Afghan al-Qaeda with more moderate Islamic currents (such as the Hanafis) to unite Muslims against the West, has distanced al-Qaeda from the Islamic State, and, by comparison, al-Qaeda and the Taliban themselves have been placed “more in the center”. Being seen as more moderate, they have more easily managed to come to terms with all those disappointed in the defeated Afghan political system. Now that they have come to power, they will have to show that they are not the ones who ruled between 1996 and 2001.

There is no doubt that international intervention has also been decisive in this conflict. The great modern empires that have tried to dominate it, have failed: the British colonialism of the s. XIX, the Soviet invasion (1979 to 1989) and now the dominance of the United States (2001-2021). The latter’s willingness to prevent Soviet expansion into Asia armed the Taliban, and allowed the creation of al-Qaeda. The radical Islamic ideology of some was joined with the money and weapons of the others : the fighters against the Soviets were now going to turn against the West. We know the rest: the 9/11 attacks (2001) and the US invasion to depose the Taliban who refused to hand over Bin Laden.

Pakistan has a long common border with Afghanistan, precisely in the areas of Pashtun rule. In fact, 15% of Pakistanis are of this ethnic group, which makes Pakistan a stakeholder and an ally of the mostly Pashtun Taliban movement. This approach contradicts the Pakistani tradition of alliance with the United States. In fact, a 2012 survey in the country by the Pew Research Center made clear the hostility of this country towards the United States: 74% considered it an enemy, for being using their country to attack the Taliban. They also help Pakistan maintain a strong position in Kashmir, the Muslim-majority region of India that Pakistan claims. This is why India has stood up against the Taliban by helping the deposed Afghan government. The United States, for its part, has chosen India as a great regional ally in view of Pakistani ambiguities.

Iran, on the one hand, is interested in the expulsion of the United States, but on the other hand it defends the Shiite minority, seeks to prevent the spread of Saudi Salafism among the Taliban and is interested in the stability of the country due to the massive influx of refugees. Afghans in Iran. It already has a million of them. So he seeks an impossible: to expel the United States and avoid the Saudi influence of the Taliban at the same time. In fact, the only three countries that recognized the Taliban government before the American invasion were Saudi Arabia, the United Arab Emirates, and Pakistan. On the other hand, the Taliban have created their political negotiation center in Qatar.

Turkey stands as a mediator between the Taliban and the Western world by belonging to NATO and having stayed to protect the airport. It is again essential to prevent the massive entry of new refugees from this region into Europe. Playing a key role in Afghanistan and Pakistan, Erdogan can make himself forgive for the estrangement of NATO and the West in recent years.

Finally, we have a new player who is keeping quiet: China. For a few months he had already taken the Taliban victory for granted, and has already held some negotiations. The US withdrawal allows it to seek cooperation to benefit from the extraction of rare earths present in the country and the gas it produces. China plans to extend its economic dominance to Asia without interfering in the policies contrary to Human Rights in these countries. However, China is closely monitoring the possible defense, by the Taliban, of the Uighur Muslim minority.

In short, the future outlook is the slide of the country from the western dominance of NATO to an influence of the countries facing the United States: China, Iran and Russia. Pakistan and Saudi Arabia will immediately recognize the new government, and Turkey will offer to mediate.

The western bloc leaves Afghanistan after having verified its complete failure. The immediate crash of the system after the withdrawal is the clearest proof of this. Spanish military spending after the first 10 years of war already amounted to 3 billion euros. Now, after twenty years, the United States has squandered $ 1 billion directly, which amounts to $ 2 trillion, counting all items. How many things could have been done for the Afghans with that money?

[Image by David Mark from Pixabay]

The synods of bishops celebrated up until now have always closed with the approval of a document that was either ratified by the Pope...
Gender, feminisms and sexual diversity

On January 23, 2022, El Periódico featured on its front page 25 women who launched the MeToo University, which has already reached global dimensions....
Conflicts, peace and reconciliation

The escalation of the militarised crisis around the Ukraine, in the face of the massive deployment of Russian army troops along the Ukrainian border...