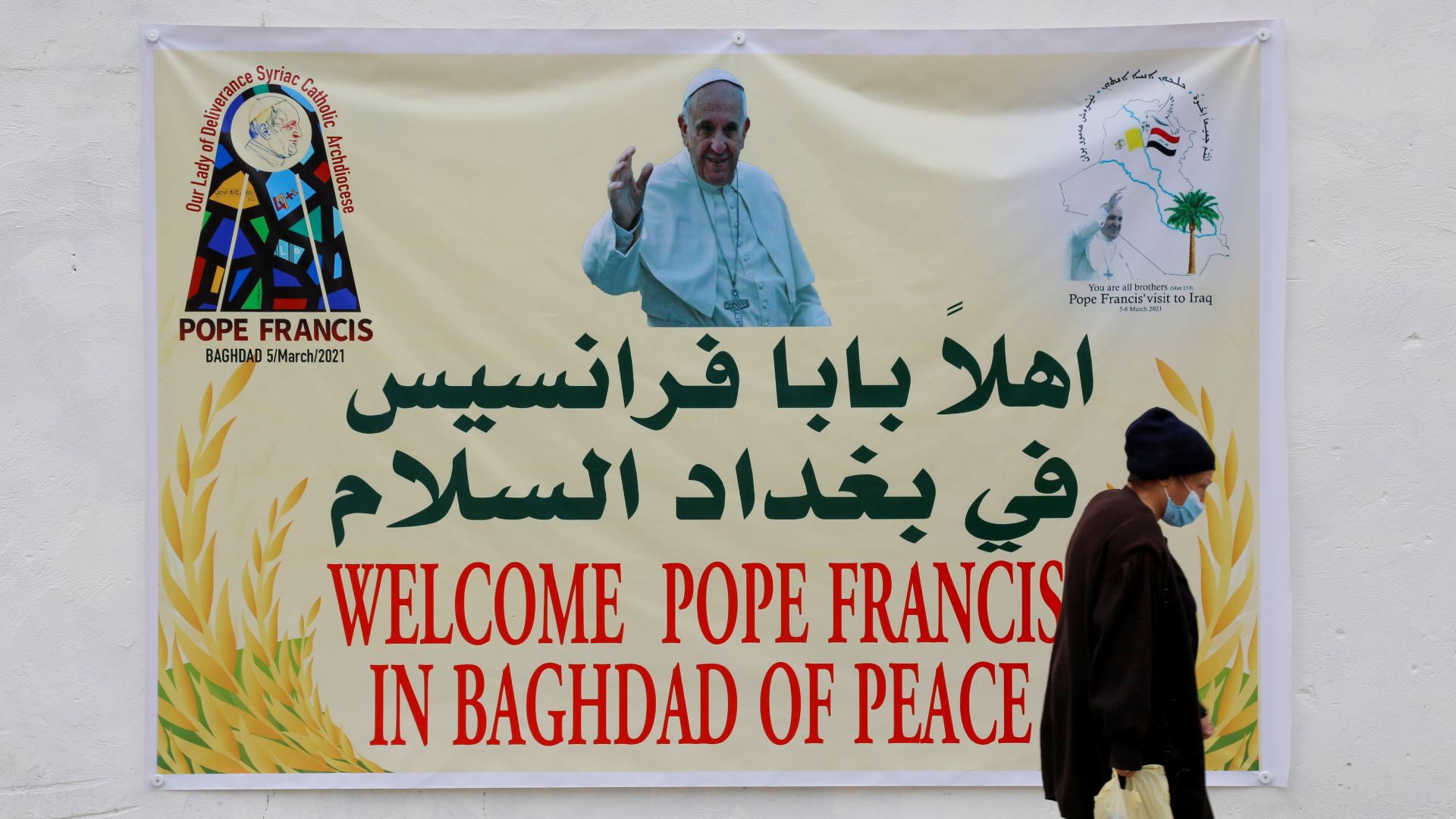 Benedict XVI focused his speeches about Islam on the necessity of working for peace, but the matters of disagreement with the religion were constant. Pope Francis has decided to put actions into his words as if an image (a photo) might be worth a thousand words. This time the photo was that of the visit to the Grand Ayatollah, Ali Sistani. This time nothing of the conversation that they had was leaked out, nor did they issue any joint document. Just the photo. That of a Pope, hobbling along but full of life who went through the narrow streets and poor houses of Nayaf to get to the simple house of the great Shiite leader. Everything was done with respect.

In this sense, Pope Francis is following in the footsteps of John Paul II who was also known for his iconic images. Some of them were famous because they were “firsts”, like the visit of the Pope to the Great Omeya Mosque in Damascus (2001) or to the synagogue in Rome (1986), and others because they were surprising (or scandalous for some people), like kissing the Coran in front of (precisely!) a member of the Moslem delegation from Iraq (Sunni, no less) accompanied by the Chaldean patriarch of Babylon in 1999. The pope had planned to go to Iraq, but ended up aborting the project because of fear of its being seen as propaganda for the regime of Saddam Hussein, but also because of his intention to visit Ali Sistani who was an opponent of Saddam.

Francis has taken that dream up again. Nevertheless, this visit takes place with a different regime, with a government that is supported by the open wounds of the Second Gulf War (2003) and is built unstably on the ruins brought about by the madness of what called itself the Islamic State. But above all, Francis has gone to Iraq having already based his gesture in the Magisterium of the Church with the recent encyclical Fratelli tutti. In this way, the encyclical has places where it denounces both the dynamic of colonization (F. T. n. 14), which was especially violent in the case of Iraq, and also that of the closing in of cultures upon themselves (F. T. n. 160). Francis is putting into practice here his constant ecclesiology of a church which goes out into the world. And who is more “other” with respect to the Western Christian than an Arabic Moslem! But when going out to meet him he discovers that  there his brother. The Pope who has called for the welcoming of Moslem refugees in Europe has desired to be welcomed into the home of the Ayatollah Ali Sistani.

Iraq is one of the countries where fraternity has remained most fractured after all these years. The historical Christian community of 1.4 million people (mostly Chaldeans in communion with Rome) has been left reduced to about 300,000. The Yasidis have especially suffered slavery under Isis. The Shiites have been anathematized and fought against by the Caliphate as well as the Zoroastrians, and the Sunnis have suffered stiff reprisals and marginalization when the majority Shiite government was formed after the invasion by the United States. Beside all that, the question of the Kurds continues in the north of the country.

In the rebuilding of the ties among the communities, the Ayatollah Ali Sistani has been a point of reference. Although he defended the proposition that the new regime could not contravene the norms of Islam and he called for fighting ISIS when they threatened to descend upon the capital, he encouraged the Shiites to vote after the war in order to build a government of politicians and not clerics, one of national unity. In making this distinction between the political sphere and the religious one, he has placed himself in a position opposed to the regime in Iran. We are not dealing here with pragmatism in facing such a pluralistic country, but rather he is making a link to an era (until the 10th century) in which Shiism developed an esoteric doctrine where, because they were persecuted (and therefore hidden) by the Sunni rulers, they were prohibited from any participation in the (visible) structure of the State. In any case, they had time which allowed them to elaborate a religiosity which gave primary importance to interiority rather than externalities. Today, Shiism is a clerical religious structure (which is different from Sunnism) in which the grand ayatollahs (signs of God) are like bishops, sources and references concerning doctrine (receiving the title of “marji” in Arabic). Ali Sistani is the most prominent one in Iraq but it is not assured that his successor will be of the same moderate temperament.

Francis also wanted to offer comfort and support to the Christian community precisely there where it has suffered the most, in the north of the country. He celebrated the Eucharist among the ruins of Mosul, where the self-styled Islamic State was proclaimed, and he visited a town whose ethnic roots were Syrian, Qaraqosh, a place that was almost totally Christian (this time belonging to the Syriac Catholic Church) and which suffered the invasion of the jihadists in 2014.

In addition, the Pope wanted to make visible the need to build fraternity in an interreligious encounter in the south of the country, in the area of Ur of the Chaldeans, in order to demonstrate the common roots of the three monotheistic religions. There he asked the religious leaders to look together at the same stars that God had asked Abraham to observe, those that represent his descendants, that is, all of us. And Francis exhorted in a delightful way:

“Contemplating the same sky after millennia, the same stars appear. It is these that illuminate the darkest nights because they all shine together. The heavens thus give us a message of unity. The Most High who is above us all invites us never to separate ourselves from the brother who is next to us. The great beyond of God sends us back to the brother who is right here. But if we want to maintain fraternity, we cannot lose sight of the Heavens.” (Discourse of the Pope on the plains of Ur).