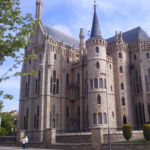 Bernardo Pérez Andreo. Jesus of Nazareth was killed by the Roman procurator, with an inscription which determined the reason for his condemnation: «Jesus of Nazareth, king of the Jews». With this inscription, it was evident that the crime of “laesa maiestas” (injured majesty) was committed against the Roman Empire, since it was the Empire alone that could enthrone or dethrone Kings, and Jesus was a pretender to the throne, accused of usurping the Roman power in Judea. The inscription did not say «Jesus of Nazareth, herald of universal love», or «Master of the Law», or «Son of God». These titles would not have merited the supreme punishment of death by the Romans, since the internal grievances of their subjects mattered little to them, as long as their sovereignty was not affected. For this reason, this fact is probably the most certain of the whole of Jesus’ life: that he was crucified, through the application of «mors agravata», which the Romans reserved for seditious citizens. We can use this fact to reconstruct the historically plausible elements of the Gospels. The interpretative criteria is this: everything that would be in keeping with a death by crucifixion is probably historical fact. END_OF_DOCUMENT_TOKEN_TO_BE_REPLACED 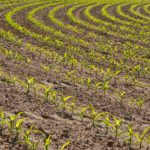 Suddenly, the virus has made us look inward, because our decreased social contact (even with the infinite number of electronic means at our fingertips), allows us more time with ourselves and points us towards what is essential, since consumerism has suddenly collapsed. We are now focused on survival, and we have realised what the essential elements of our life are: health, relationships, love, our daily food… We have discovered that the idols we previously worshipped and venerated, at concerts or on football fields, cannot save us. Now we exalt health professionals because we are entrusting our lives to them. END_OF_DOCUMENT_TOKEN_TO_BE_REPLACED 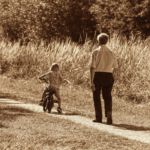 Up to here everything is fine, but children who ask questions that even adults don’t dare to ask, will surely continue to ask: but where has grandma gone? END_OF_DOCUMENT_TOKEN_TO_BE_REPLACED 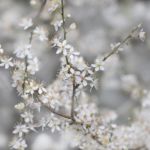 Darío Mollá. I confess that I feel very uncomfortable with much of the “discourse” about God that I have been hearing in the midst of the tragedy that we are living. They are words that “take advantage” of this enormous tragedy and this terrible failure that is the pandemic of COVID-19 to talk about God, of our needs, of how poor we humans are and of how necessary He is. Something like “you see how mistaken you were.” I don’t dispute the part of that reasoning that is true, but I am annoyed by a certain tone and a certain opportunism involved in talking about God “now” that human weakness is being exposed in all of its dimensions. I refuse to believe in a God who in order to grow in importance and manifest Himself needs human failure. Is that the God who was proclaimed by Jesus when He said “I have come that you might have life and have it more abundantly” (Jn 10:10)? Or are we reverting to saying that this life neither matters nor is worth anything and what really matters is the “other” life? And so, from that comes the question with which I started this reflection: is it time to talk about God or be silent about God? Maybe, in order not to appear so radical, I can formulate the question in another way. Of which God should we speak? How should we speak about God? END_OF_DOCUMENT_TOKEN_TO_BE_REPLACED 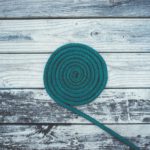 “Active Hope: How to Face the Global Disaster without Going Crazy” is written by Joanna Macy and Chris Johnstone. The former is perhaps better known as an activist for social and environmental justice, a philosopher and expert on Buddhism. In these days she turns 91 years old. Along with her is a medical doctor and therapist specializing in the psychology of resilience. Between the two of them, they trace a practical itinerary to strengthen our capacity for giving a response, from deep within each person and group, to the climate emergency of our world. We can say that the book is situated at the crossroads of social and political activism and spirituality. They intersect where social change and personal change shake hands and reinforce each other. It is a spirituality with the strong imprint of Tibetan Buddhism although, in my humble opinion, it is accessible to everyone and has a very familiar ring to those with a Christian spirituality. END_OF_DOCUMENT_TOKEN_TO_BE_REPLACED 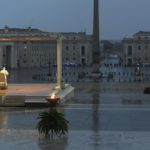 Víctor Codina. We will not easily forget the impactful white figure of Pope Francis, walking alone and in silence, on a dark and rainy Roman afternoon, from the Basilica of St. Peter to his seat in the totally empty Plaza, so that he could speak from there to the world. It brings to mind that other image of Francis going alone and on foot through the concentration camp at Auschwitz. END_OF_DOCUMENT_TOKEN_TO_BE_REPLACED 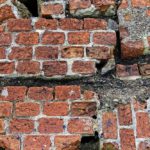 Pablo Font Oporto. These days, in what I read and talk about, I find a great contrast between two extreme points of view. On the one hand are those who say that we find ourselves before “the great transformation.” On the other hand, there are those who only see an embarrassing hiatus. I find myself in the middle of the two. It goes without saying that we lack perspective and that we don’t really even know how long the crisis will last, how many people will die, what the short-term consequences will be nor how long the confinement will last. In any case, there is no doubt that we are dealing with more than a mere incident in our lives or in the history of humanity. It is also not probable that things will take a 180 degree turn in a few months. The resistance of human subsystems and the slowness of changes to global vision will be an impediment. What does seem to be clear is that the greater the gravity of the crisis (in social, human, temporal and economic terms), the greater will be the impact of the changes. Given that it seems that Governments are not really saying how grave the situation really is, it also seems that the consequences will be greater than what would appear from their declarations. END_OF_DOCUMENT_TOKEN_TO_BE_REPLACED 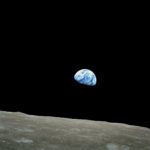 Pepe Laguna. If an extraterrestrial were to appear today on Earth, it would inform its alien confreres of the existence of a strange race of beings who are obsessed about caring for its most fragile members. It would also communicate that on that diminutive blue planet which travels at full speed through the Milky Way it had detected frenetic activity around hospitals, homes for the elderly and supermarkets. It is a Planet of very peculiar beings who cover their faces with small masks and who, at the cyclical call of a satellite called the Moon, come out to their windows and balconies in order to applaud the work of those who care for others, an especially valued tribe judging by the amount of work they do and the unanimous recognition given to them by the rest. On the other hand, it might also happen that the Martian informant might write a dossier about a distant star in which a captive race was waging a battle without mercy against an invisible enemy. This would be a planet of peculiar beings, who at the cyclical call of a satellite called the Moon go to their windows and balconies to ward off fear and instill courage in one another. END_OF_DOCUMENT_TOKEN_TO_BE_REPLACED 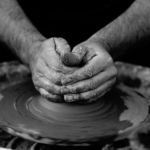 Jesús Martínez Gordo. “Now that we have realized that neither God nor prayer are good for anything, it would be a good time to give the money budgeted by the Government for the Church to the health department.” That was contained in one of the WhatsApp messages that I received in these days. Beside the fact that there is always someone who, taking advantage of the fact that St. Joseph was a carpenter, wants to talk about confession, I am interested in reflecting out loud about an old question which was posed more than two millennia ago by Epicurus. It has reappeared now with particular force: “Does God wish to prevent evil in the world but He is unable to do that? Then God is impotent. Can he prevent it but chooses not to? Then God is malevolent. Can God wish to prevent it and be able to do that? If so, then why does evil exist?” END_OF_DOCUMENT_TOKEN_TO_BE_REPLACED