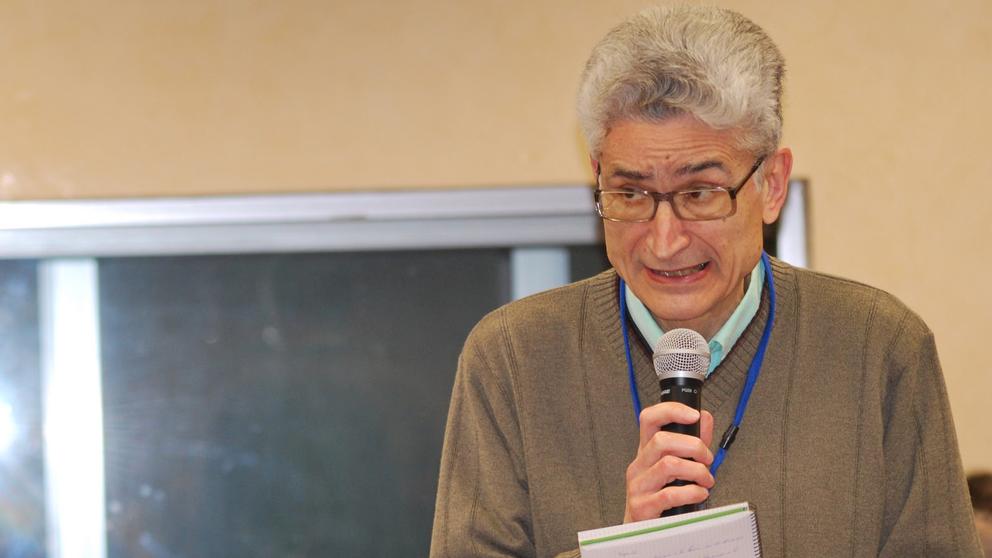 Home Society of Jesus Josep Miralles, A Jesuit in Tune with Life

Until the very end of his life, Josep’s work was underscored by his concern for two fundamental issues: the divide between believers and non-believers, and the divide between the rich and the poor. These issues unsettled him, but also pushed him to find nuanced and inclusive positions. His recognition of a reality that is complex, but ultimately good and unconditionally offered to all made him a Jesuit who was in tune with life.

As a Jesuit, Josep grew through the years of the Second Vatican Council (1962-65) and the Jesuit General Congregation 32 (1974-75). The Council opened up the understanding of faith to a modern world, inhabited by believers of various religions and by non-believers; General Congregation 32 updated the Jesuit mission as a proclamation of faith with its inherent commitment to social justice. Josep’s commitment as an intellectual as a professor and as an activist was marked by the desire to find, in every personal situation, at each institutional crossroads, and in all social occasions, a welcoming position in the style of Jesus of Nazareth.

Specifically, Josep dedicated much of his time to activity at ESADE (1988-2019), where he was a professor of social sciences, a chaplain at the Religious Attention Service, and was involved in developing mission documents. While working at ESADE, he lived in Jesuit communities in humble neighbourhoods in the Barcelona metropolitan area, where he was appreciated and fitted in. In addition, he understood that he should share with the less well-off the importance of working to build a more just society. In particular, he was involved for many years in parish work (catechesis for children, youths, and adults) in the Can Vidalet neighbourhood (L’Hospitalet-Esplugues de Llobregat). In this line of commitment to social justice, he served on the boards of Oxfam Intermón (president, 1994-2010), Fundació Migra Studium (president, 2003-2020), and the Arrels Fundació. Josep was also active for many years with the Center of Studies on Christianity and Justice (CJ) created by the Jesuits of Catalonia.

So, where is he going? Where is he now? Hard questions to answer. In any case, he is alive in the hearts of those of us who have known him. Remembering him will do us good, whatever our beliefs. The Christian tradition invites us to believe and to hope that Josep now lives in full intimacy with humanity, with this world of infinite beauty, and with the Ultimate Mystery of reality, which some of us call “God”.

I wish for Josep to live in full intimacy with the world, with humanity, and with God… and in greater intimacy with me. And when I think of him, I wish with all my heart that his life and his actions will continue to inspire my present.

Josep, keep helping us stay in tune with life, like you!

For centuries now a great deal of music has been dedicated to the Virgin Mary, and for obvious reasons. From medieval times to our...
Society of Jesus

Oriol, a good Jesuit friend, is fond of the sea and likes to go fishing. A few years ago, while out fishing off the...
Human rights

Some lessons learnt from global campaigns: The case of Fr. Stan Swamy SJ and human rights defenders in India

This article recounts the case of Stan Swamy SJ and the human rights defenders in the current Indian context and concludes some lessons learned...