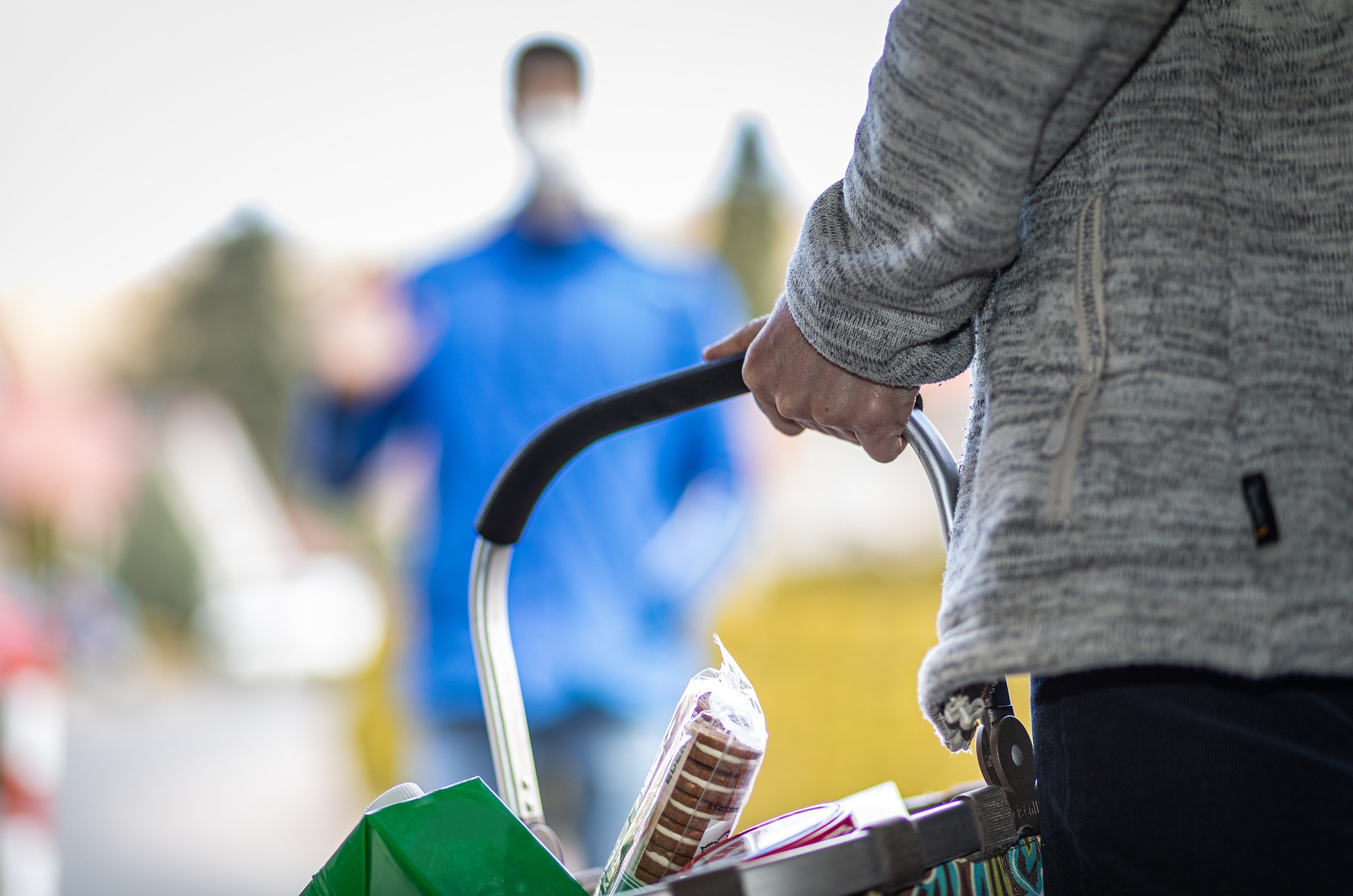 Home Monographics Coronavirus A Reality Which Silently Cries Out For Attention

I haven’t worked for more than two months now due to Covid-19. The place I work is a residence for young athletes linked to an institute. We can’t go back to work until the institutes reopen. In the meantime, I wondered how I could help out in the face of so many needs that were arising. After offering my help to Caritas, they suggested I work at a food distribution centre assisting families who, for the first time had approached Caritas due to the loss of employment or the stoppage of work (with an ERTE, or a Record of Temporary Employment Regulation, which allows companies to temporarily lay off staff or cut their hours) because of the coronavirus. I’ve been working with them for over a month now, and I will relate here what I have observed over that time.

70% of the families in need are “undocumented” immigrants. They come from very diverse situations in some respects, but the final outcome of their great need is the same. I’ll explain myself. Many of them have not been in our country for very long: from between a few months and for up to two years. There are others who have been here for over three years, and still are undocumented. Some have sought to obtain the correct paperwork, but due to the sluggish administrative system, have found themselves in limbo. Others are waiting to get a full-time work contract for a year before coming forward. This is one of the incredibly unfair requirements of the Law on Foreigners which prevents many people, in spite of the fact that they have settled in the country, from being able to legalise their situation in Spain and accessing the market for regular work, which is the first step necessary towards obtaining citizenship in the country and all of its corresponding rights.

From among this group, as you would expect, those who do work are doing so without any contract, and the pandemic has left them without any source of income to get by, since the work they were doing has been halted: care work, cleaning, construction, etc.

Another major group affected is that of people who are working legally, but whose employers have made an ERTE, or Record of Temporary Employment Regulation. Many of these worked in the catering and hotel industry. This means that almost nobody, by the middle of May, has paid anyone yet, even though the ERTE dates from the middle of March. Only some have been paid for the month of March. Therefore, they have gone for over a month and a half without pay. The worry of not being able to afford food, supplies, rent of apartments or accommodation costs, etc., is taking its toll. In this last situation, you will find people who are immigrants with work and residency permits, as well as Spanish nationals. According to the statistics of the CCOO, there are currently 15,000 workers who have not been paid through the ERTE, and these figures only include medium-sized or large businesses, not the smaller ones, which is the background of many of those who have come to the food distribution centre where I’ve been working.

A smaller group, but one which caught my attention, is that of people who were in our country as tourists but were caught by the sudden emergency lockdowns announced by the respective governments, which either prohibited flights or reduced them to a minimum. They were not able to return to their countries and then spent all the money they had available to them. The consulates and their embassy have left them stuck. The people in this group are mainly from South America.

There are also some more specific cases. That of the mother with two adolescent children that have been in our country for six months. They still have not been able to register due to bureaucratic obstacles, as well as the fact that the administrative offices are no longer staffed, and other forms of contacting them have collapsed. The result being: her two boys have not been able to attend school and have thus lost the whole year. This is along with them not having access to the basic rights that their official registration would afford.

Another young woman who was working in a shop was on maternity leave when the lockdown came into effect. The small business she worked for chose to file an  ERTE…, but they forgot about her and didn’t include her! An “oversight” which has left her and her two children on the brink, in rental accommodation, and facing threats of eviction if she can’t pay…

Or there is the situation of those people trained in the education and health sectors who are facing a near mission impossible when they try to have their studies officially recognised. These are professionals whose work potential should be recognised, given the current need in both of these sectors.

Or there are those few people whose work and service contract was terminated due to the coronavirus, thus making them lose their only source of income.

This is just a snapshot from the perspective of helping around 120 families. It is an accurate snapshot which is part of a much bigger picture on a social and employment level. The tip of the iceberg. They will reach out to us, on condition that we want to see them and listen to them. It is vital to see them and listen to them as individuals, and as workers with whom we can identify. More important still is that they be seen and heard by the politicians in power, so that assistance can be provided for these people. The majority of them say they only want to make a decent living and yet they live with a feeling of shame from having to seek assistance… This is why this week, when I came back a second time from collecting food, I noticed a glimmer of hope in the eyes and voices of a group of those affected, because they had begun to work for a few hours again, and their workplace had called them saying that at the end of the month or by the beginning of June, they could resume working and would be needed again.

Once again, we realise then that work is much more than a mere means of obtaining material resources in order to survive. It is an activity that brings with it a certain dignity and personal autonomy, giving one a place in society. Does the “new normal” take all of this into account? Or does it just mean following the same working conditions, but wearing a mask and observing physical distancing? (I refuse to accept the concept of  social distancing by the way, I find it terrible and very difficult!).

The situations I have referred to, which are both real and very damaging, represent a fierce condemnation of various social and working conditions which are unacceptable and have to be changed so as to restore people’s dignity if we wish to be regarded as a decent society. Only reforms such as these would be worthy of calling themselves real political actions. For this reason, we should adopt the words of Guy Ryder, Director General of the ILO, who states that much more than a new normal, what we need to do is create a better normal for everyone.

[Image by Holger Kraft from Pixabay]

One of the things I like in the name Cristianisme i Justícia is that it contains an insight that seems to me very precious...
Migrations

The Immigrant Is Me

It seems to me that I have been working with immigrants in the United States for almost my entire life. I began as a...
Society and citizenship