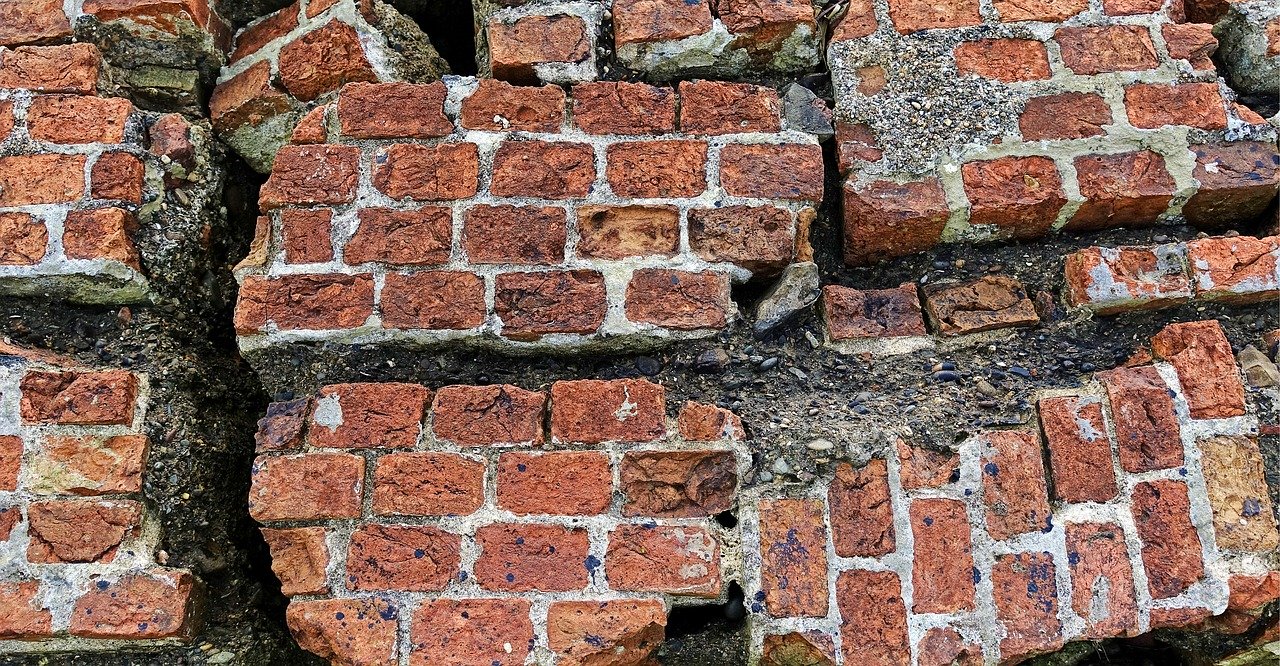 Pablo Font Oporto. These days, in what I read and talk about, I find a great contrast between two extreme points of view. On the one hand are those who say that we find ourselves before “the great transformation.” On the other hand, there are those who only see an embarrassing hiatus. I find myself in the middle of the two. It goes without saying that we lack perspective and that we don’t really even know how long the crisis will last, how many people will die, what the short-term consequences will be nor how long the confinement will last. In any case, there is no doubt that we are dealing with more than a mere incident in our lives or in the history of humanity. It is also not probable that things will take a 180 degree turn in a few months. The resistance of human subsystems and the slowness of changes to global vision will be an impediment. What does seem to be clear is that the greater the gravity of the crisis (in social, human, temporal and economic terms), the greater will be the impact of the changes. Given that it seems that Governments are not really saying how grave the situation really is, it also seems that the consequences will be greater than what would appear from their declarations.

Ideas are crowded together in my mind, but the first word that occurs to me is “collapse”.

The concept is not new, and it is a theme that a large part of our scientific community has been working with for some time. In particular, in the fields of social ecology, ecological economy and political ecology it is a possible variable. And a large part of the scientific community in areas tied in with the study of the environmental crisis recognize it as probable. In particular, this is true with respect to the climate emergency, but also with regard to the energy crisis which would be brought on by efforts to deal with that of the climate, except for the vain hopes of nuclear energy. These studies analyze how all human subsystems could collapse, and therefore civilization as we know it (Western and globalized), if all of the data that they confirm in the area of the environment were to become facts.

It is obvious that in these days the system has collapsed. It began with the supply chain for sanitary equipment and the public health systems in the most affected areas, spreading from there to the industrial supply chain until it has reached the recent paralysis in all the areas of non-essential production. There have even been social problems and problems of citizen safety that began in some areas with social protests (for example, the looting of supermarkets in the south of Italy). But the collapse does not affect only the real economy (another day we will talk about the financial sector), but also other areas, such as that which in a certain way (despite the superhuman effort on the part of the teachers) the educational system is suffering, the psychological well-being of health workers, and the problems of that type among certain at-risk populations or among the care givers for groups of vulnerable people. This is not to mention the mental situation that a large part of the population can suffer when from one day to the next they are confined to their homes without any previous preparation (and which are explained by some – although not all – of the unfounded breaches of trust that we all rush to condemn). These are circumstances that can get worse when the emergency measures are lengthened, as it seems is happening. It is more difficult to fit these measures into Western society which is less accustomed than oriental society to the subjection of personal good to that of the collective.

It is true that for the moment it doesn’t appear that a complete economic or social collapse has been produced and, also for the moment, there has not been one on the political plane (at least in Europe, but there are on-going attempts at the evolution of negotiations in the EU) nor in the sectors of security or energy (the three key areas).

So, this is not a situation of a complete blockage, but it is, if you prefer, a “simulated collapse”, or at least one that is controlled (let’s hope, because if not, we should start to tremble). But when a short circuit happens in a place which is used for large events, it is the best opportunity to check out not only the electric wiring but also all of the systems and means of security. No? Well, then, we are faced with a lamentable situation but one which offers us a paradigmatic framework to study how we can avoid a complete collapse of civilization, or at least how to temper it.

In this respect, if you compare this situation with the studies of possible socio-environmental collapses analyzed by the scientific community, several parallels are evident. In the first place, the unforeseeable nature of the situation in many cases is the product of its coming about through a chain of small events which are linked but which are interpreted inadequately. In that way we are constantly waiting for a quick tsunami that never comes or, at least, when it comes it knocks us over with water up to our necks. All of the studies point to the fact that, at least for now, there will not take place an apocalyptic environmental situation which, like a perfect Armageddon, would make impossible the reaction to a catastrophe of unimaginable proportions which would happen without a previous warning. Rather, we are talking about a permanent succession of microcrises of ever greater proportions. Like a kind of progressive and continuous increase in waves on the ocean, with some peaks during which there can be some gusty storms. When they are gone it is only to give way to new and stronger storms. Does that sound familiar?

The second area in which it is possible to find some parallels is the lack of preparation which is brought on either by the denial of the facts or by confidence in the possibilities of human beings. This is something which is typically modern in the sense that it belongs to the cosmology which has arisen in the Modern Age which believes in the continued progress of human beings who are masters of their own destiny. “We will come out of this, just as we always have come out.” Obviously, we have here a negation of reality, something about which we hope to write in the next chapter.

The third place where we can observe similarities between this practice drill for sinking and the studies about a possible socio-environmental collapse is in the inequality in which the consequences of this one are received. Since the beginning of this crisis, I have intended to write some urgent reflections, but being the father of two small children makes it very difficult. Although by looking around at others, I obviously can’t complain. The unequal impact of the crisis can be seen in how it affected certain workers, at least until the prohibition of nonessential activities: those workers who could not telework, those that suffer from ERTES, those who had been previously unemployed, and vulnerable groups like infants, workers in stores, the elderly with or without dementia, persons with handicaps or different capacities, and those with behavioral problems. Clearly, health care workers and members of emergency services are in the front line of fire, but there is a lot that can be said about the stability and social and working conditions of these groups. Others risking their necks are those people who not only are not prepared by their vocation to fight in this war, but also do not enjoy steady employment or good working conditions.

There is no doubt that it is not the same thing to spend the time of crisis with telework in a large house and without financial concerns than as a caretaker for dependent persons in microscopic apartments in marginal neighborhoods, surrounded by large families with all of their members being unemployed, vulnerable and perhaps with other socio-familial problems (Save the Children will soon be publishing some data about this). Nevertheless, confinement has been ordered for everyone equally. Equality of methods once again overcomes for us the inequality of the conditions of each person or social sector. This takes us back to times past, but it is clearly the situation which could be pictured in a possible future scenario of blockage in which the privileged classes would not suffer in the same way the effects of the environmental crisis. Even now the weakest groups in the poorer countries are suffering them. That inequality, which seems now at its greatest point, evidently has certain limits. Faced with a scenario of a total collapse that affects all the human subsystems and which is global (in terms of its spread to the whole planet), there is no defense, not even on the part of the powerful. We have been able to discern this today in the death of people who are famous and powerful in socioeconomic terms.

This rehearsal for a collapse has slapped us in the face but it is only a small sample of something that could be much worse.[i] Perhaps it is a warning of something that perhaps could manifest itself, as has already been noted, in the form of new partial crises. The question is: after we have overcome this crisis, will we finally be conscious that a much graver collapse is immanent if we return to the path taken previously?

[i] Before closing this text I have found at this link (http://www.solidaridadandalucia.org/coronavirusycolapso/?fbclid=IwAR3-h7uhLa4eVP467notwl_NFpjDWeehcFzLdALVtLZx5KYEiGRFUk9n2EE) a text which looks at the COVID-19 crisis from the perspective of a collapse and which gathers together an extensive bibliography about the possible collapse of our civilization, not just of the environment, and of the possible relationship between that and the health emergency of today.

Image by Andrew Martin from Pixabay

Nowadays, many people wonder with uncertainty what the post-pandemic world will be like and try to find answers from different sources. Reading Fareed Zakaria’s...
Coronavirus

Anti-vaxxers, or how the vaccine has divided the United States

In the last year, the United States has experienced more cases of COVID-19, including deaths, than any other country. Although almost half of the...
Coronavirus

Stan Swamy SJ, positive on COVID. From prison to hospital

Fr Stan Swamy had been showing symptoms of Covid 19 for the last two weeks.  On 14 May, in a telephone conversation, the 84-year-old...