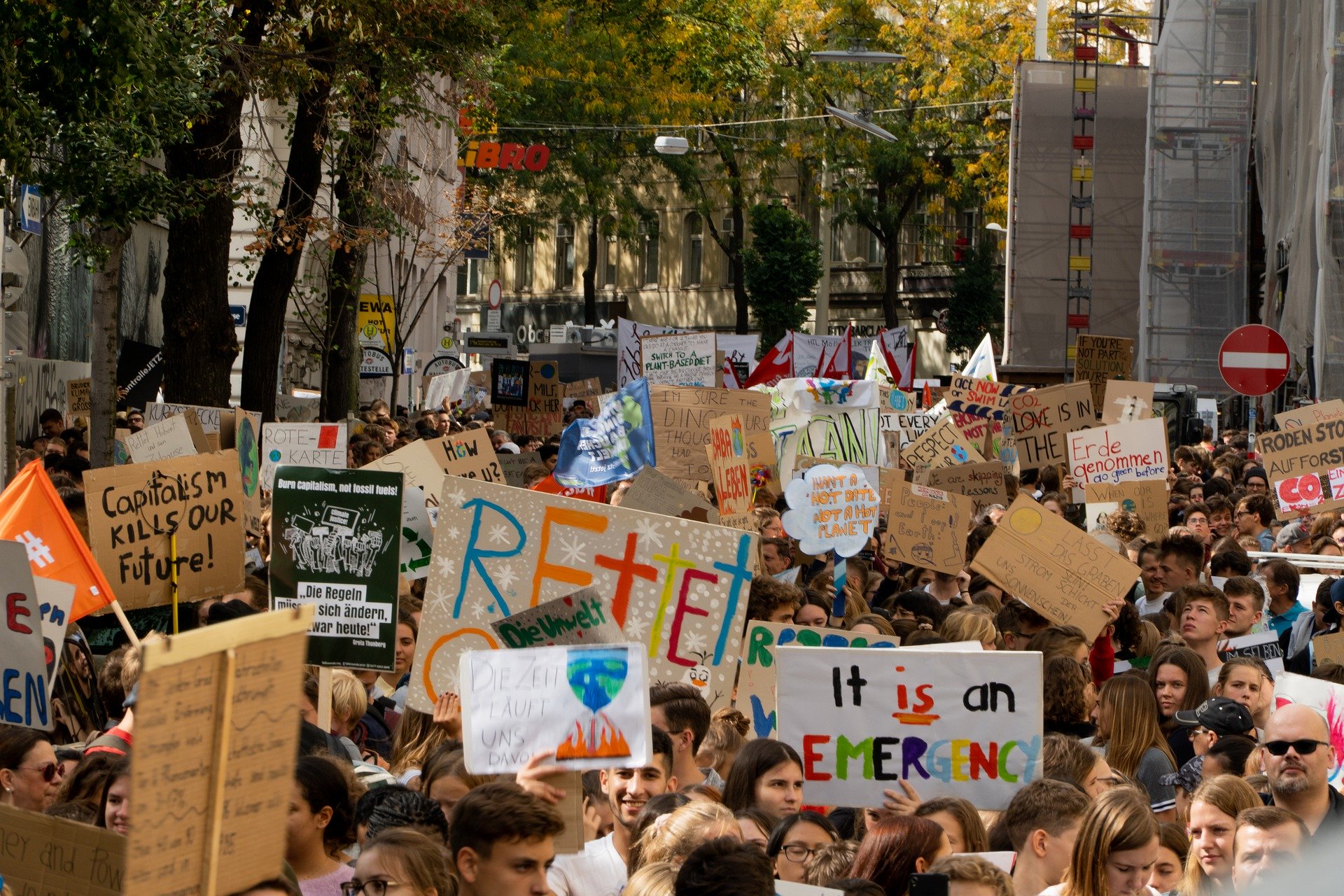 It was a pleasure to see you some days ago taking over the streets of many cities of the planet to ask that those responsible for the Earth mistreat it much less and take care of it much more. I have no idea if your demands will meet with much success. But because today for its Eucharistic celebration the Catholic liturgy offers a reading from the Book of Jonas. I could not help but think of all of you. You will understand why.

Jonas was a Jewish prophet whom God sent to preach to a country that was the greatest enemy of Palestine. He had to announce a kind of catastrophe if its inhabitants did not change their conduct: “In a few days from now,” he said, “ Nineveh will be destroyed.” The story recounts that the Ninevites were converted thinking that perhaps God would have second thoughts and abandon the punishment that was hanging over them. The story of Jonas was a very difficult lesson for the Jews of that time who were very satisfied with themselves. In effect, he was telling them, “Your enemies, whom you consider to be so evil, are more capable than you of doing penance.”. Well, after reading that short story, I thought that a few days ago all of you were like a multitude of prophet Jonases who were shouting to us, “A few years from now the Earth will be destroyed.”.

You were completely correct, but there is some doubt if those responsible for the planet will pay you any mind. I am afraid that they won’t. At the most we will make some small penitential gestures in order to salve our consciences but not to save the earth. As I have said before, we will try to cure cancer with Tylenol.

And the reason is very simple: those responsible politicians who take your warnings seriously will lose the next elections. Those who really rule the planet, the economic magnates, have already written you off. They continue to prefer to earn for themselves a million more dollars or Euros even though that means they will leave the earth with a few years less of life. In public they deny the infirmity of the planet. However, in private, as Stephen Hawking said, they are probably considering how to leave this Earth quickly. You can rest assured that there are already plans for making Mars inhabitable. That is, to make Mars “Earth-like” after having made Earth “Mars-like”.

Given this situation, I want to tell you that it is not enough for you to demonstrate in the streets. With that you will only call the attention of the communications media but not give any relief to the planet. You have got to move into action. I am not talking here about all the action you take as a group or the communications you make (on social media and otherwise) of the statistics, the dramas and the ecological crimes that seem to appear with some frequency. Besides all that, I think that you have another path which calls out more to your sense of responsibility. I am referring here to a continual consumer boycott. Above all, this would apply to those who are among the “well-situated” of the planet.

Let us suppose that quite suddenly hundreds of millions of citizens of the world (you, young people, and those many others who will have joined you) reduce their consumption to the bare minimum necessary. In short order not only would some businesses go broke, but the whole system would collapse. That, indeed, would be an authentic “climate rebellion”. Because it is that system which is the true poison that is destroying the planet and leaving you without a future. The strikes at the schools were useful in order to call attention to the problem. Now you are being called to action. Because, as I said, the politicians will do (or they can do) very little.

A great political philosopher, assassinated 30 years ago by the defenders of the system (Ignacio Ellacuria) used to say that our world only has a solution where there is “a civilization of shared sobriety.” I agree completely with that diagnosis. I suggest it for all of you, knowing full well that it might demand a hard price from you, like that of Jesus of Nazareth who was taken to Calvary as a criminal. At the same time, I would like to ask pardon from you for the world that we have left you. I beg you not to lose hope because the responsibility that you have is very large, but also very beautiful. Picture by Leonhard S from Pixabay

One of the things I like in the name Cristianisme i Justícia is that it contains an insight that seems to me very precious...
Society and citizenship

In a society that is profoundly secularized and where the Catholic Church loses the faithful at the same rhythm as the trickle of water...